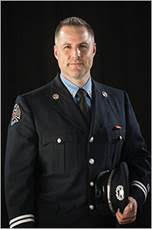 We sat down with Steve Farina and discussed the topic of PTSD versa PTSI and Compassion Fatigue. Steve is a VP on the BC Professional Fire Fighter Association (BCPFFA) which represents over 4,000 professional firefighters across BC. He chairs both the BCPFFA’s Health and Safety Committee and their Mental Health Task Force. Steve is a member of Coquitlam Fire Rescue’s Critical Incident Stress Team and has taken the lead in defusing a multitude of critical incidents. He also serves as a Peer Supporter for his co-workers and has organized and hosted several mental health awareness nights for firefighter spouses and partners.